In my original post, I organized all of Topps’ #1 cards in a spreadsheet after cataloging all of Topps base cards in a spreadsheet. Some were Hall of Fame players, some were league leaders cards, some were repeated a few times. Once I finished with Topps, I added all the base sets of Bowman, Donruss, Fleer, Leaf, O-Pee-Chee, Pacific, Pinnacle, Score, Sportflics, and Upper Deck with every year, set, card number, player, and teams. I’ve organized them below by company then year. Below that, I totaled each company’s total of #1s, and each team’s #1s. If you make it to the bottom, I’ll be surprised. =D.

Across the 11 brands listed below, there were a total of 268 sets, with 301 total players represented. Cards with multiple players on the front(league leaders, grouped rookies) count multiple times, once for each individual player.

Players may be duplicated, they’re listed once for brevity. 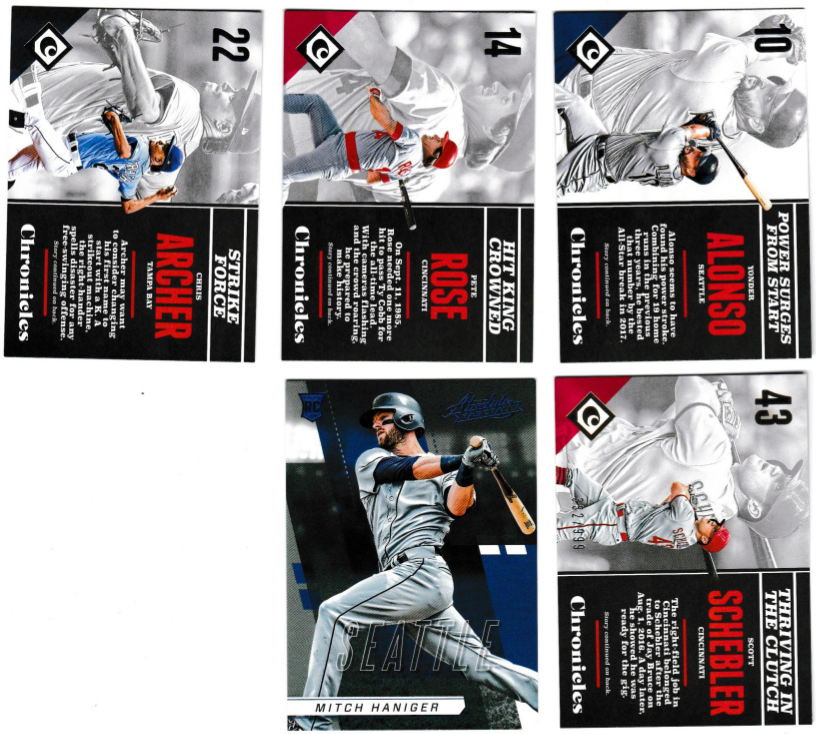 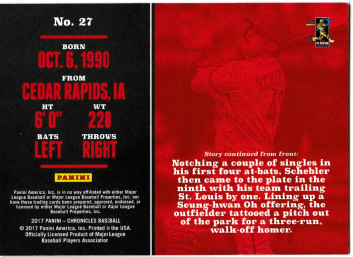 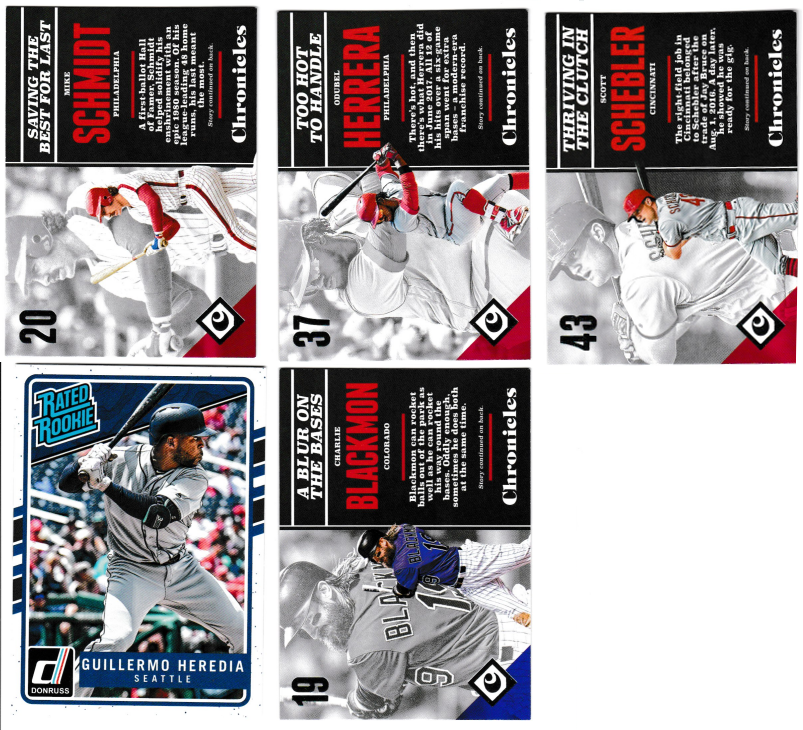 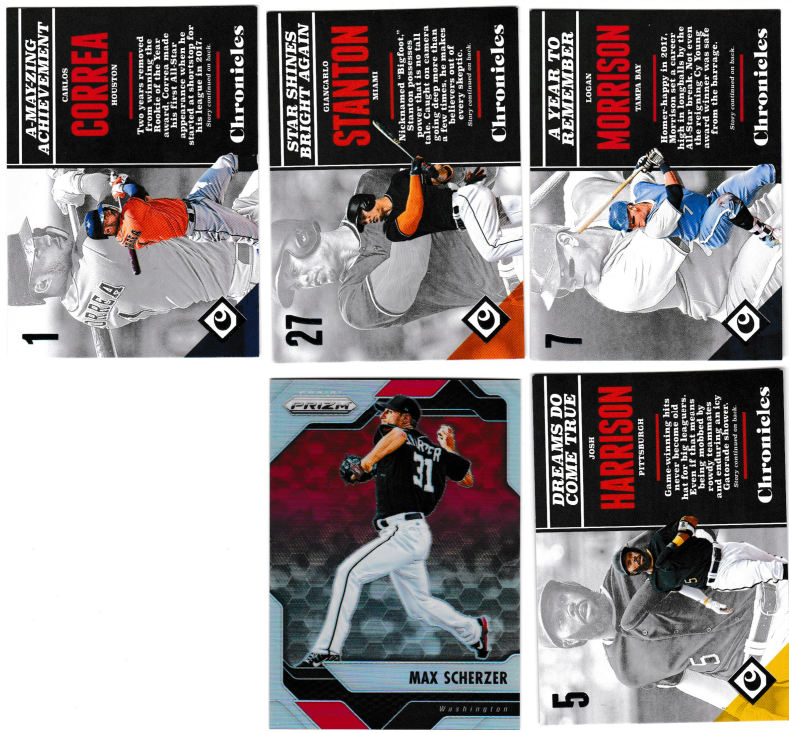 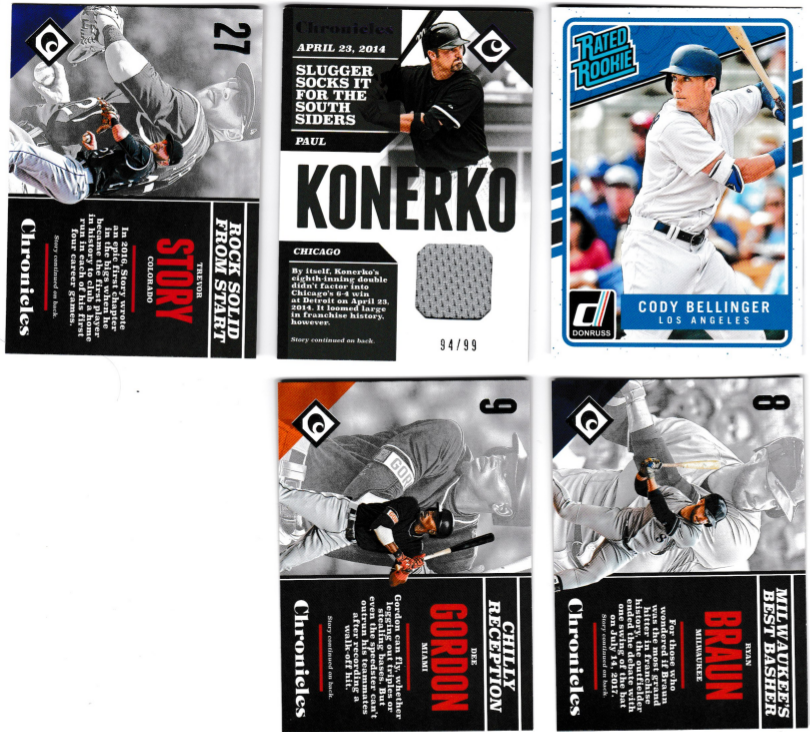 When I have time, I’m quickly compiling the checklists of all the major sets in a Google Sheets page. I dumped all of Topps, and I’m slowly entering the other companies(currently in 1993). But today, I was curious who the best cards to have been issued #1. Using BBREF’s WAR, I created four categories. Since these cards would’ve been issued at or near the beginning of a season, I decided to use that as a cut off – both the season prior to being selected, and the actual season selected. But that’s really only the tale of two seasons, so I also found the cumulative WAR prior to the #1 season, and their WAR afterwards(including the season). So with those four categories in mind, let’s look at a few trends I found…

In 1951 Topps printed two main series dubbed ‘red backs’ and ‘blue backs’ because of their differing back colors. Thank you Captain Obvious. As such, two cards share #1 that year. It’s obvious who had the better career when you look at the stats.

Eddie Yost(red) entered 1951 with 4.5 WAR, mostly from the previous season’s 4 WAR. After 1950, he’d post 29.7 to finish his career with 34.2 bWAR. The Walking Man(six times leading the league in walks between 1950 and 1960) is NOT(if his daughter is to be believed!!!) directly related to the other Yost(Ned) to play in the majors, despite the obvious assumption one could make based of years played and name alone.

A few flash in the pan type players(Cater, Ellsworth, etc.), as well as several Hall of Fame players, though 1973 obviously takes the cake here.

Despite never having been #1 previously in a Topps set, Derek Jeter was 2015’s representative honoring the Yankee Captain’s career – who retired in 2014. This wasn’t the first time however, as in 1980 Topps chose to honor the career of Lou Brock.

Do you favor stolen bases? Lou Brock held the stolen base record until Rickey Henderson came along. Nothing against Brock’s two World Series titles, but Jeter has a few of his own. As much as this Twins fan hates to admit, Jeter had arguably the better career between the two. Jeter however wasn’t a part of arguably the worst trade in MLB history.

Having moved on from league leader cards, Topps sets in the 1980s through the early 1990s had a tendency to feature record breakers or “highlights”. Featuring players who broke this or that record – either for a season, or a single game record – Topps had you covered.

1982 Topps celebrated Steve Carlton’s breaking of Bob Gibson’s NL strikeout record.
1983 Topps featured Tony Armas’ single game feat of 11 putouts.
1984 again featured Steve Carlton, this time for winning his 300th game, and momentarily holding the all-time strikeout record.
1985 Topps had a Carlton, but not that one. This time Carlton Fisk’s 25 inning affair behind the plate was pictured, having broke the previous record by one inning shared by many catchers.
1987 Topps’ wood grain set was led off by Roger Clemens’ 20 strikeouts in one game was the record broken. A feat he’d tie a decade later in 1996, and matched by Kerry Wood(1998), Max Scherzer(2016), and Randy Johnson(2001, though the game went 11 innings – Johnson pulled after 9).
1988 Topps displayed Vince Coleman’s third consecutive 100 stolen base season.
1989 Topps chose George Bell to lead off the set with his three home runs on 1988’s opening day. I’d argue that’s maybe the most appropriate way to celebrate that record day. Since matched by Dmitri Young, and Tuffy Rhodes.

Taking out all of those featured so far, there’s a few players who have been on several Topps card #1 spots. Despite his swapping between Bowman and Topps, Ted Williams was the first repeat offender owning the 1st slot in 1954, and 1957. Alex Rodriguez made a name for himself in the 2000s for his huge contracts, rumored PED usage, as well as on-field play. I suppose. Hank Aaron and Nolan Ryan owning several #1s near the end of their career feels like Topps poking and prodding them to retire, especially Nolan Ryan. At least with this group, they’re all worthy of owning that first slot for their respective years.

John Lackey, and Ryan Braun(‘roids) aside, you won’t hear many arguments that Trout, Harper, and Bryant are the faces of the next generation of MLB players. I find it surprising Mike(err…Giancarlo) Stanton hasn’t been first, but maybe after this season’s All-Star, MVP, and 59 home run(!!!) season he’ll finally get that honor in 2018 Topps. Go vote now! Bracing for the inevitable Aaron Judge #1 announcement….

Best of the rest

Andy Pafko gets an honorary nod as leading off the first full set Topps produced. Jackie Robinson was MLB and Topps’ first African American player. Roger Maris’ 61 home runs in ’61 obviously influenced his spot. Yastrzemski, Rose, and Yount all featured near the end of their careers, while Piazza, Thomas, and Bonds were establishing theirs in their own right. If only Prince Fielder could have stayed healthy, what might’ve been…

SO, I don’t see how you could argue any of these #1s are undeserving. A testament to Topps that they’ve all been decent picks. No Brien Taylor’s here. I won’t dump everything, but here’s the best and worst for each category, starting with:

Lowest/Highest WAR for the season prior to being featured on #1:

Lowest/Highest WAR for the season featured on #1:

Lowest/Highest Career Cumulative WAR prior to #1:

Let me know who your favorites are in the comments. :). Might run through Donruss, Fleer, Et. Al. when finished adding them.